On November 6, 2019, EPIC filed a complaint with the Federal Trade Commission alleging that recruiting company HireVue has committed unfair and deceptive practices in violation of the FTC Act. EPIC charged that HireVue falsely denies it uses facial recognition. EPIC also said the company failed to comply with baseline standards for AI decision-making, such as the OECD AI Principles and the Universal Guidelines for AI. The company purports to evaluate a job applicant's qualifications based upon their appearance by means of an opaque, proprietary algorithm.

HireVue represents that it conducts video-based and game-based "pre-employment" assessments of job candidates on behalf of employers. These assessments employ facial recognition technology and proprietary algorithms. The company states that its algorithmic assessments will reveal the "cognitive ability," "psychological traits," "emotional intelligence," and "social aptitudes" of job candidates HireVue states that it collects "tens of thousands of data points" from each video interview of a job candidate, including but not limited to a candidate's "intonation," "inflection," and "emotions." HireVue purportedly inputs these thousands of personal data points into "predictive algorithms" that allegedly determine each job candidate's "employability."

According to HireVue, 10% to 30% of a candidate's score is based on facial expressions and the remainder of the score is based on the language used. HireVue does not give candidates access to their assessment scores or the training data, factors, logic, or techniques used to generate each algorithmic assessment.

HireVue markets its recruiting tools as a way to eliminate biases in the hiring process, but hiring algorithms are more likely to be biased by default. HireVue represents that it builds algorithmic models for employers based on data from top performers, a method which can perpetuate past hiring biases.

The FTC's Authority to Pursue Unfair and Deceptive Trade Practices

Section 5 of the FTC Act (15 U.S.C. § 45) prohibits unfair and deceptive acts and practices and empowers the Commission to enforce the Act's prohibitions. A company engages in a deceptive trade practice if it makes a representation to consumers yet "lacks a 'reasonable basis' to support the claims made[.]" A trade practice is unfair if it "causes or is likely to cause substantial injury to consumers which is not reasonably avoidable by consumers themselves and not outweighed by countervailing benefits to consumers or to competition." In determining whether a trade practice is unfair, the Commission is expected to consider "established public policies."

HireVue represents that it collects and analyzes "[f]acial expressions" and "facial movements" to measure job candidates' "cognitive ability," "emotional intelligence," and "social aptitudes." Yet HireVue also represents that it "does not use facial recognition technology[.]" Because HireVue lacks a reasonable basis for this claim, HireVue is engaged in a deceptive trade practice in violation of the FTC Act.

HireVue has engaged in unfair trade practices in violation of the FTC Act by using biometric data and secret algorithms in a manner that causes substantial and widespread harm.

Moreover, the injuries caused by HireVue's use of biometric data and secret algorithms cannot be reasonably avoided. HireVue's assessments are used by hundreds of major employers, and job candidates are not given an opportunity to opt out of or meaningfully challenge HireVue's assessments.

Nor are the harms caused by HireVue outweighed by countervailing benefits to consumers or to competition. HireVue has failed to demonstrate any legitimate purpose for the collection of job candidates' biometric data or for the use of secret, unproven algorithms to assess the "cognitive ability," "psychological traits," "emotional intelligence," and "social aptitudes" of job candidates. Other methods that accomplish the goal of evaluating job candidates are readily available and have long been in use. HireVue is therefore engaged in an unfair trade practice in violation of the FTC Act.

HireVue Has Violated Public Policies for the Use of Artificial Intelligence

EPIC's complaint also alleges that HireVue has engaged in unfair trade practices by failing to meet minimal standards for AI-based decision-making set out in the OECD AI Principles or the recommended standards set out in the Universal Guidelines for Artificial Intelligence. The OECD Principles on Artificial Intelligence are "established public policies" within the meaning of the FTC Act (15 U.S.C. § 45(n)).

In 2019, the member nations of the OECD, working also with many non-OECD members countries, promulgated the OECD Principles on Artificial Intelligence. The United States has endorsed the OECD AI Principles. EPIC's complaint alleges that HireVue has violated the following principles:

The Universal Guidelines for Artificial Intelligence (UGAI), a framework for AI governance based on the protection of human rights, were set out at the 2018 meeting of the International Conference on Data Protection and Privacy Commissioners in Brussels, Belgium. The UGAI have been endorsed by more than 250 experts and 60 organizations in 40 countries. EPIC's complaint alleges that HireVue has violated the following principles:

EPIC's Complaint in the News

HireVue in the News 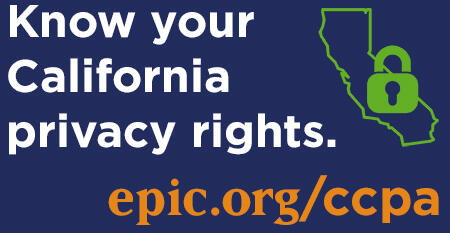 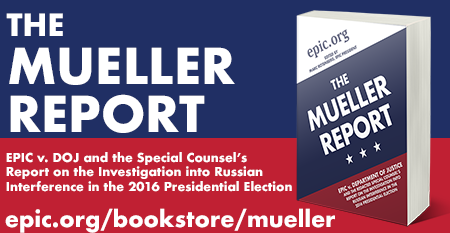