EPIC Board and Staff

EPIC Board of Directors 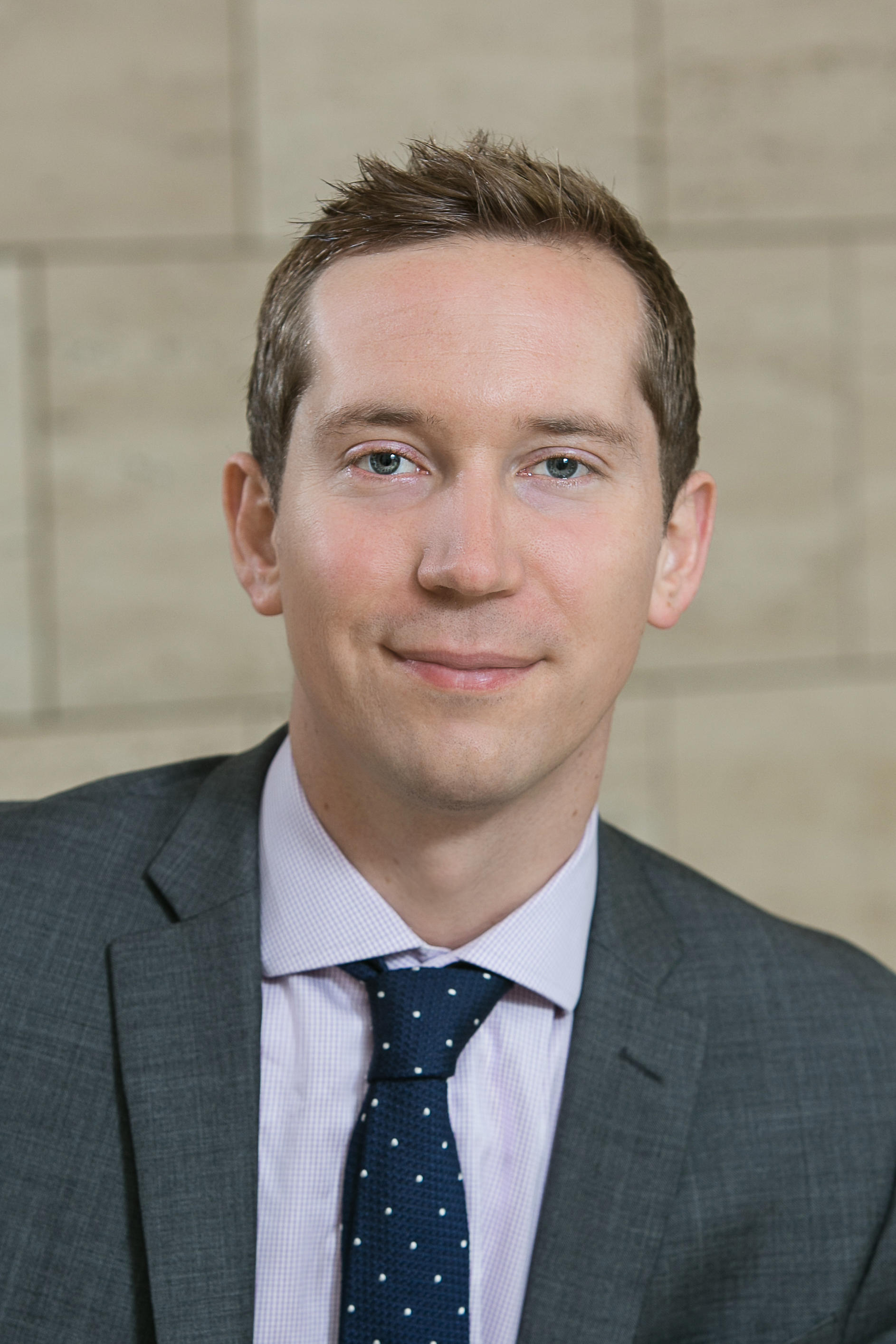 Alan Butler is Executive Director and President of the Electronic Privacy Information Center (EPIC) in Washington, D.C. Mr. Butler joined EPIC in 2011 and served as Interim Executive Director during 2020. Prior to his appointment as Executive Director, Mr. Butler managed EPIC's litigation, including the Amicus Program, and filed briefs in emerging privacy and civil liberties cases before the U.S. Supreme Court and other appellate courts. Mr. Butler has argued on behalf of EPIC in privacy and open government cases in the U.S. Court of Appeals for the D.C. Circuit, the Third Circuit, and the Supreme Courts of New Mexico and New Jersey. Mr. Butler has authored briefs on behalf of EPIC in significant privacy cases, including an amicus brief in Riley v. California that was cited in the Supreme Court's unanimous opinion upholding Fourth Amendment protections for cell phones. He has also authored briefs on national security, open government, workplace privacy, and consumer privacy issues. Mr. Butler is also Chair of the Privacy and Information Protection Committee of the ABA Section on Civil Rights and Social Justice. He is co-author of the most recent edition of Communications Law and Policy: Cases and Materials and has also published several articles on emerging privacy issues, including: Products Liability and the Internet of (Insecure) Things: Should Manufacturers Be Liable for Damage Caused by Hacked Devices?, Get a Warrant: The Supreme Court's New Course for Digital Privacy Rights after Riley v. California, Standing Up to Clapper: How to Increase Transparency and Oversight of FISA Surveillance, and When Cyberweapons End Up on Private Networks: Third Amendment Implications for Cybersecurity Policy. Mr. Butler is a graduate of UCLA School of Law and Washington University in St. Louis, where he earned a B.A. in Economics. He is a member of the DC Bar and the State Bar of California. 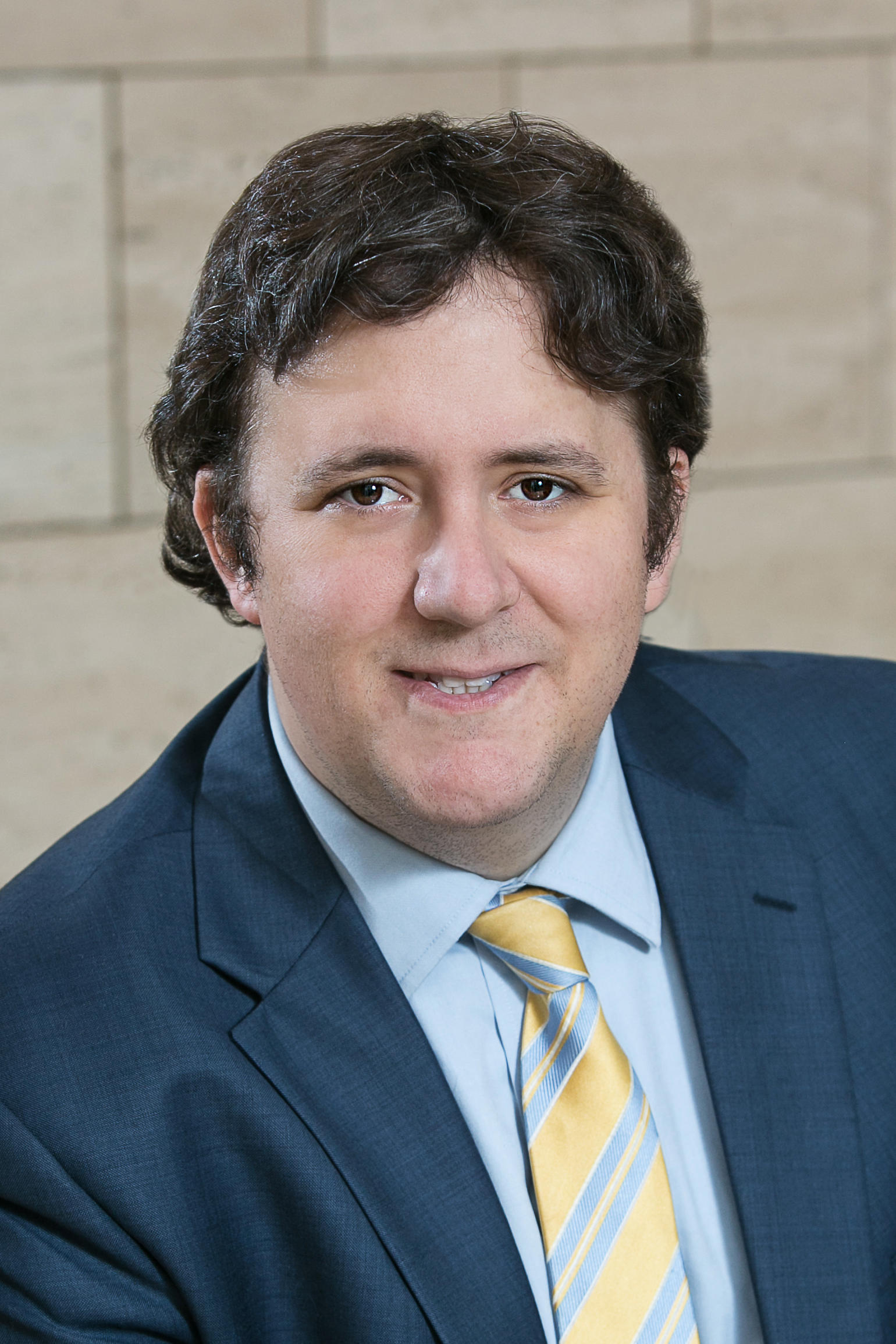 [hi-res photo]
John Davisson is Senior Counsel at EPIC. John works on a variety of appellate litigation and Freedom of Information Act cases. John first came to EPIC in 2015 as a clerk in the Internet Public Interest Opportunities Program. He has previously clerked at Levine Sullivan Koch & Schulz, served as a student attorney in the Civil Rights Section of Georgetown's Institute for Public Representation, and interned at the Appignani Humanist Legal Center. John is a 2016 magna cum laude graduate of Georgetown University Law Center, where he was managing editor of the Georgetown Journal on Poverty Law & Policy, a Georgetown Law Fellow, and an NGO observer to the 9/11 military commission at Naval Station Guantanamo Bay. He worked as a journalist before entering the law and earned his B.A. at Columbia University. John is a member of the New York and District of Columbia bars. 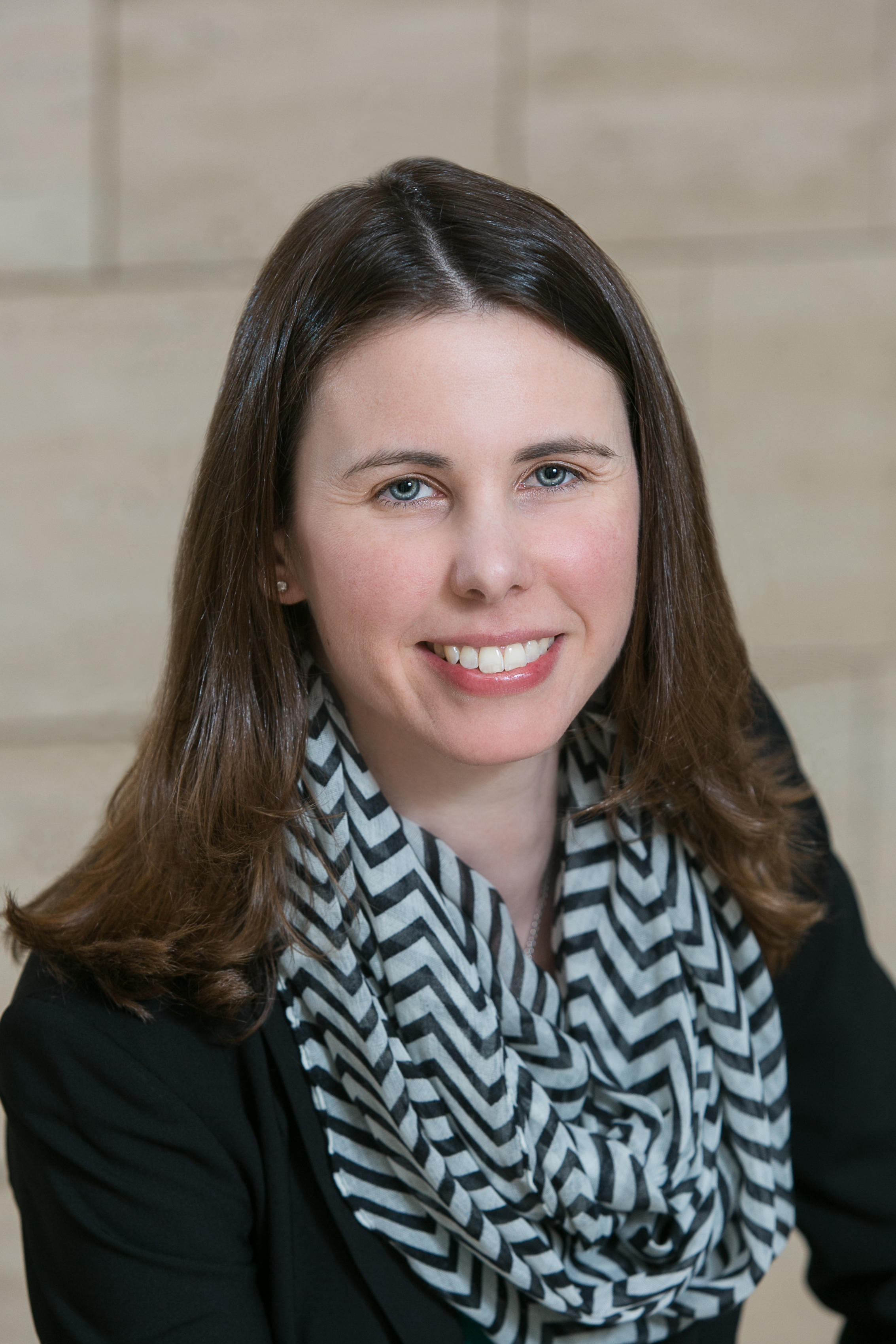 [hi-res photo]
Caitriona Fitzgerald is Deputy Director at the Electronic Privacy Information Center (EPIC). Caitriona leads EPIC's policy work, working to advance strong privacy, open government, and algorithmic fairness and accountability laws at both the state and federal level. She recently authored Grading on a Curve: Privacy Legislation in the 116th Congress, which sets out the key elements of a modern privacy law, including the creation of a U.S. Data Protection Agency. Before coming to EPIC, Caitriona served as Chief of Staff to Massachusetts State Senator Barry Finegold. She received her J.D. from Northeastern University School of Law and and her B.A. in Computer Science from the State University of New York at Geneseo. Caitriona is a member of the Massachusetts bar. 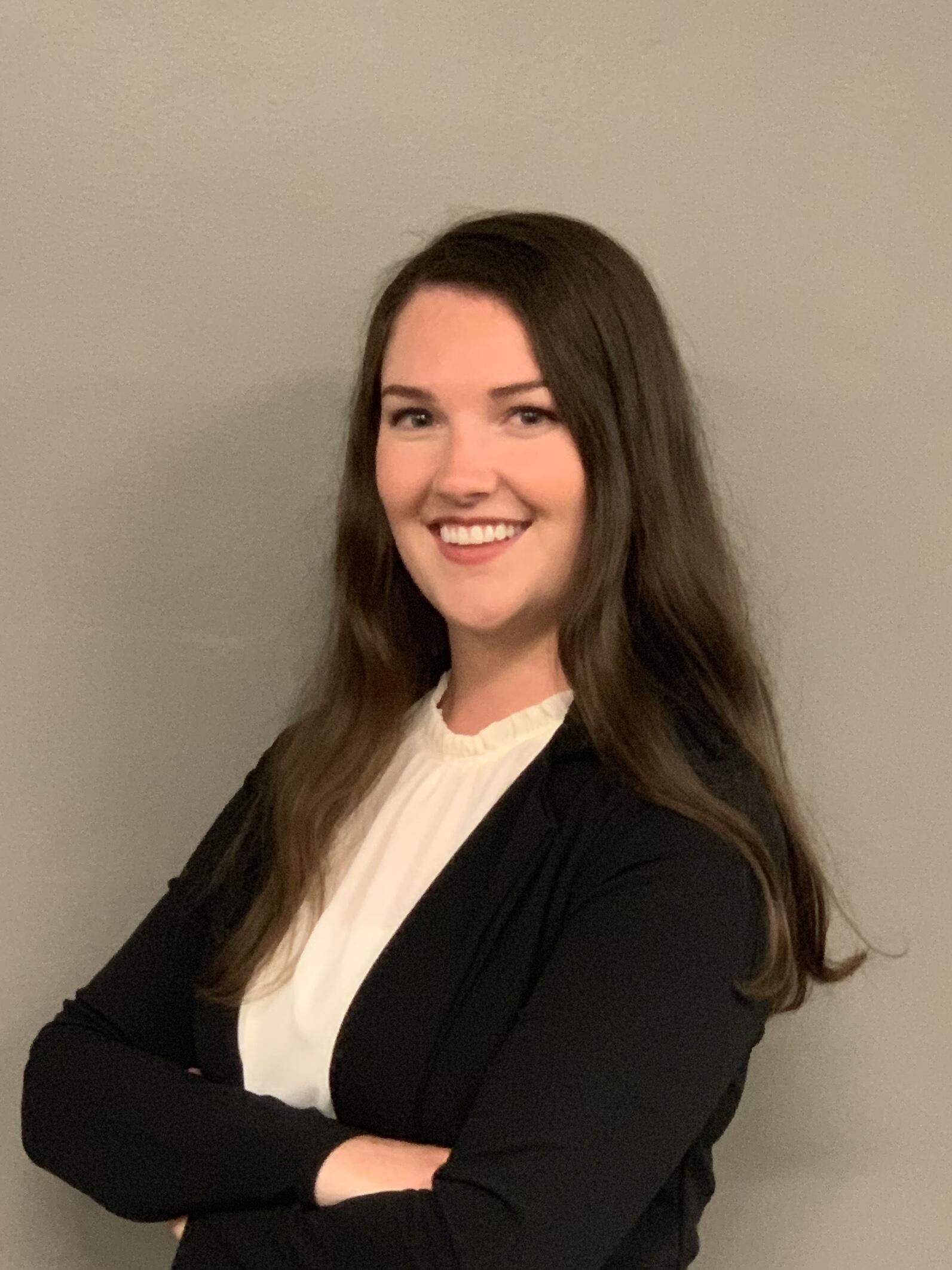 Sara Geoghegan is the EPIC Law Fellow. She is a graduate of UIC John Marshall Law School in Chicago. During law school, she served as the Editor-in-Chief of the UIC Journal of Privacy & Technology Law, as an Associate Justice on the Moot Court Honors Board, and on the Trial Advocacy & Alternative Dispute Resolution Council. She was a co-captain of the Willem C. Vis International Commercial Arbitration Moot Court team, which competes in both Hong Kong and Vienna, and received three awards for written memoranda along with her teammates. While in law school, Ms. Geoghegan externed for the Honorable Magistrate Judge Andrew Rodovich of the Northern District of Indiana and for the Honorable Regina Scannicchio of the Circuit Court of Cook County. She also worked as a Teaching Assistant for a legal writing appellate advocacy course for three semesters. She has written about the USA PATRIOT Act and USA Freedom Act as well as privacy violations by employers. She holds a B.S. in Psychology from the University of Illinois at Urbana-Champaign. 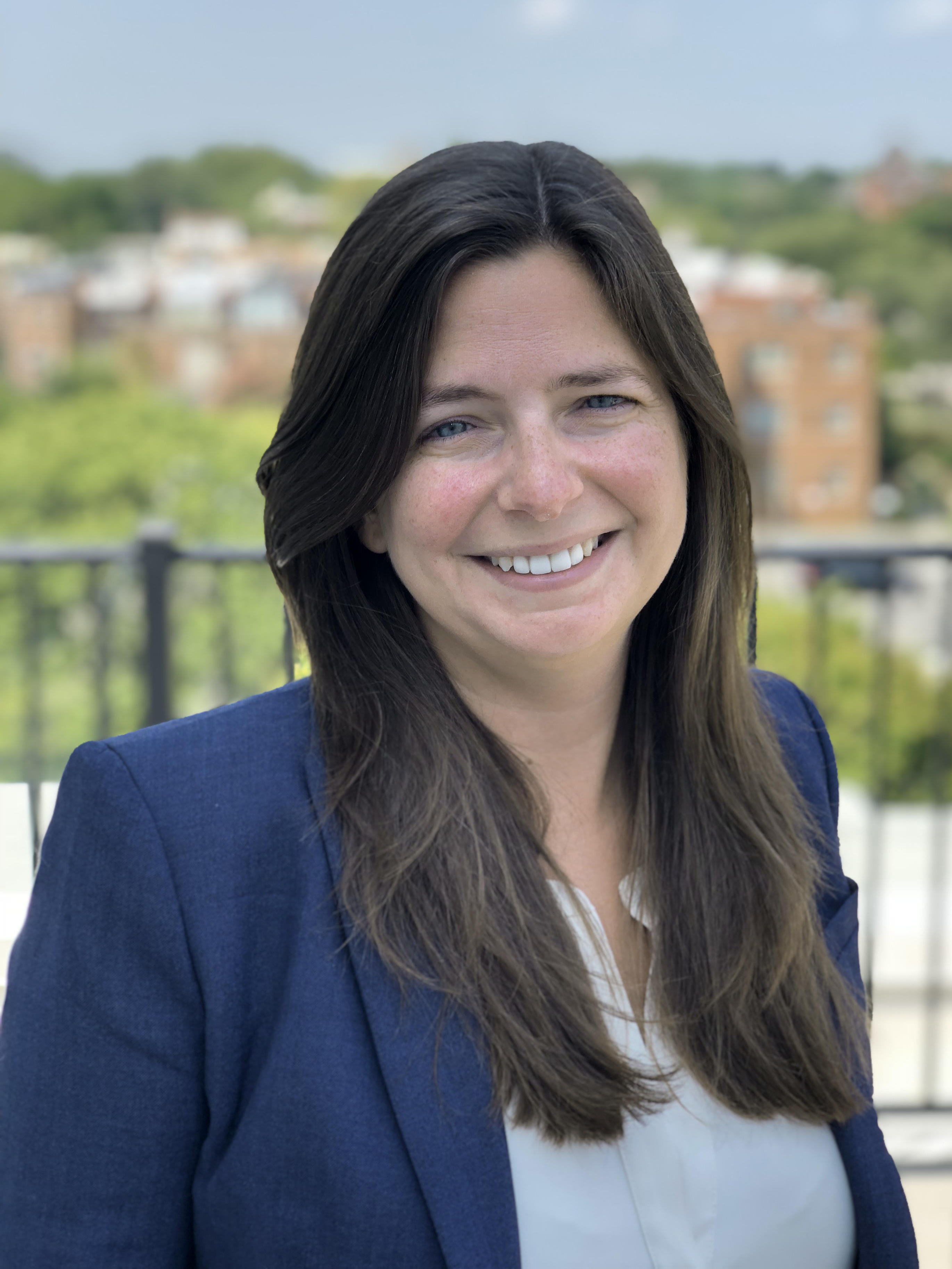 Megan Iorio is EPIC Counsel. Megan works on EPIC's litigation projects and leads EPIC's amicus work. She has filed amicus briefs on emerging privacy and technology issues in cases before the U.S. Supreme Court, federal appellate courts, and the high courts of California, New Jersey, Pennsylvania, and Massachusetts. Megan has also argued for EPIC before the New Jersey Supreme Court. Previously, Megan was the Organizing Director of Just Foreign Policy, where she led grassroots campaigns promoting progressive foreign policy reform. Megan graduated from Georgetown Law, where she was a Public Interest Fellow. During law school, Megan worked at the United Nations Relief and Works Agency (UNRWA) in Jerusalem and in Georgetown's Human Rights Institute and the Center on Privacy & Technology. She received her undergraduate degree from New York University. Megan is a member of the D.C. bar. 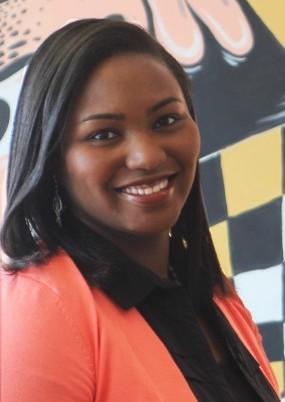 Candace Paul is EPIC's Outreach and Engagement Strategist. In that capacity, she manages EPIC's social media presence and outreach efforts. Candace has assisted non-profits, private companies and government agencies in the development of strategic communication plans and process improvement measures for over ten years. Candace holds a J.D. from David A. Clarke School of Law and a B.A. in Public Relations from Howard University. She has worked at the Department of Justice, the Department of Agriculture, National Labor Relations Board, and the in the D.C. Office of Communications with then Mayor Anthony Williams. Candace is also a published author. Her debut novella, Spiritual Warfare, was a Bestseller in Religious Science Fiction and Fantasy. 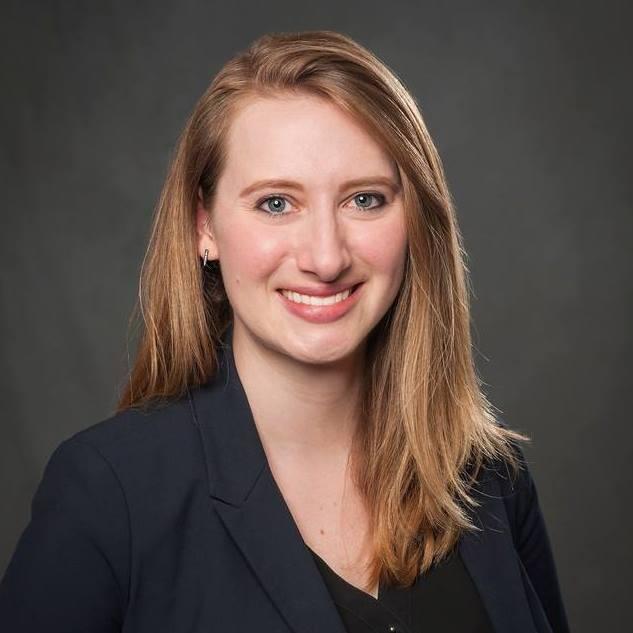 Calli Schroeder is the Global Privacy Counsel at EPIC. Calli focuses on international privacy developments and fosters relationships between global privacy experts and EPIC. She previously acted as a Westin Research Fellow for the International Association of Privacy Professionals, interned with FTC Commissioner Julie Brill, and later performed international privacy compliance and security work for clients. Calli is a 2016 graduate of the University of Colorado Law School where she served as the Lead Student Note Editor for the Colorado Technology Law Journal and acted as a student attorney for the Samuelson-Glushko Technology Law and Policy Clinic. She has published articles on universal ethical standards in human subject research, FTC unfairness enforcement, intangible privacy harms, artificial intelligence frameworks, GDPR application to clinical trials, and more. She received her undergraduate degree from Whitworth University, where she majored in Peace Studies and minored in Philosophy and Theology. She is a member of the Colorado Bar. 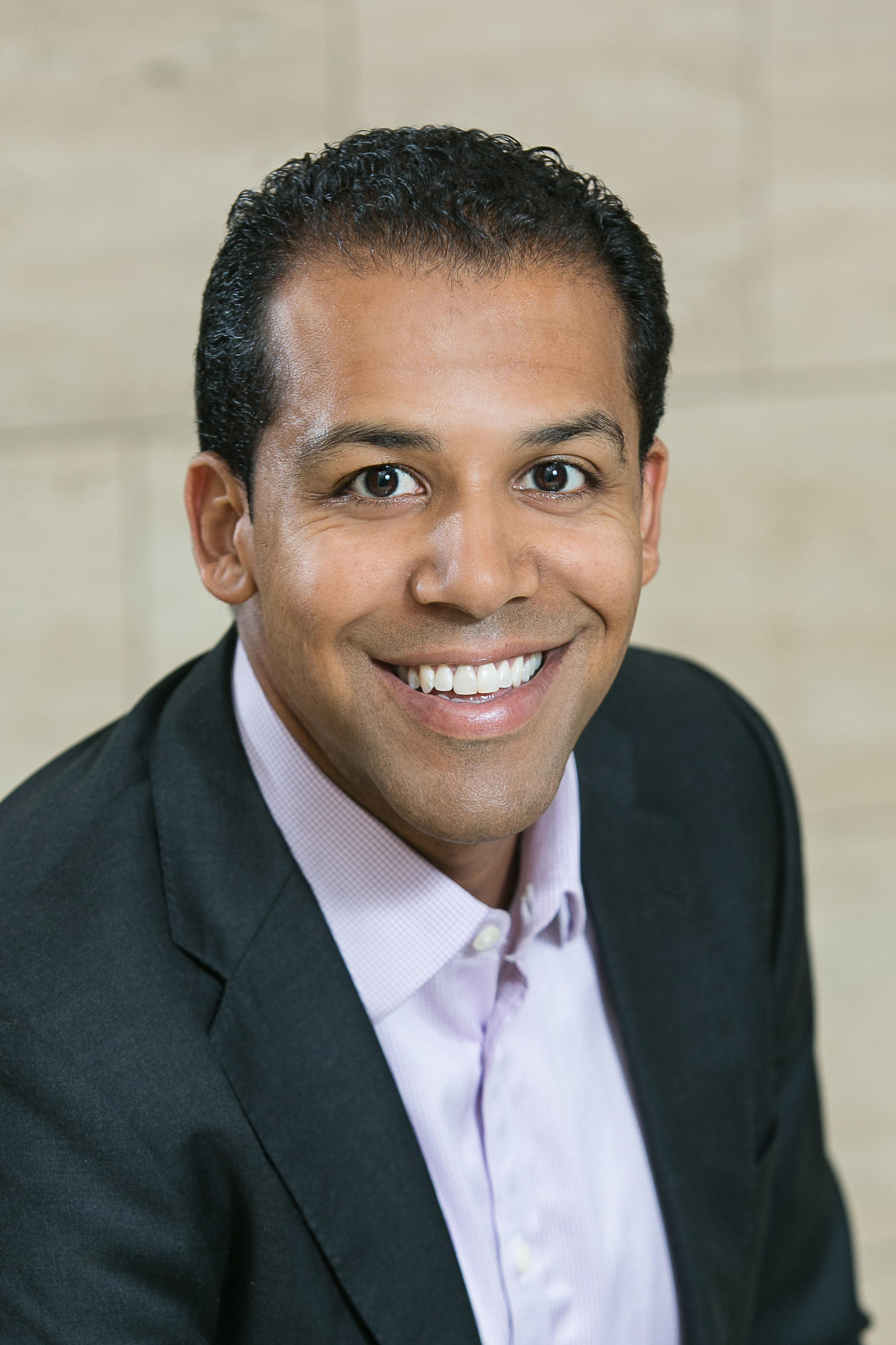 [hi-res photo]
Jeramie D. Scott is Senior Counsel at EPIC and Director of the EPIC Surveillance Oversight Project. His work focuses on the privacy issues implicated by surveillance technology implemented by the public and private sector with a particular focus on drones, fusion centers, facial recognition technology, and social media monitoring. Mr. Scott regularly litigates open government cases and cases arising under the Administrative Procedure Act. He is also a co-editor of "Privacy in the Modern Age: The Search for Solutions" and the author of a recently published essay entitled "Social Media and Government Surveillance: The Case for Better Privacy Protections of Our Newest Public Space." Prior to joining EPIC, Mr. Scott graduated from the New York University Law School where he was a clinic intern at the Brennan Center's Liberty and National Security Program. His work at the Brennan Center focused on civil liberty issues arising from local law enforcement surveillance. He also served as a research assistant for Professor Ira Rubinstein, focusing on the role of privacy-enhancing technologies in alleviating consumer privacy issues. Mr. Scott holds a Bachelor of Science in Symbolic Systems and a Master's degree in Philosophy, both from Stanford University. He is a member of the bar of D.C. and New York State. 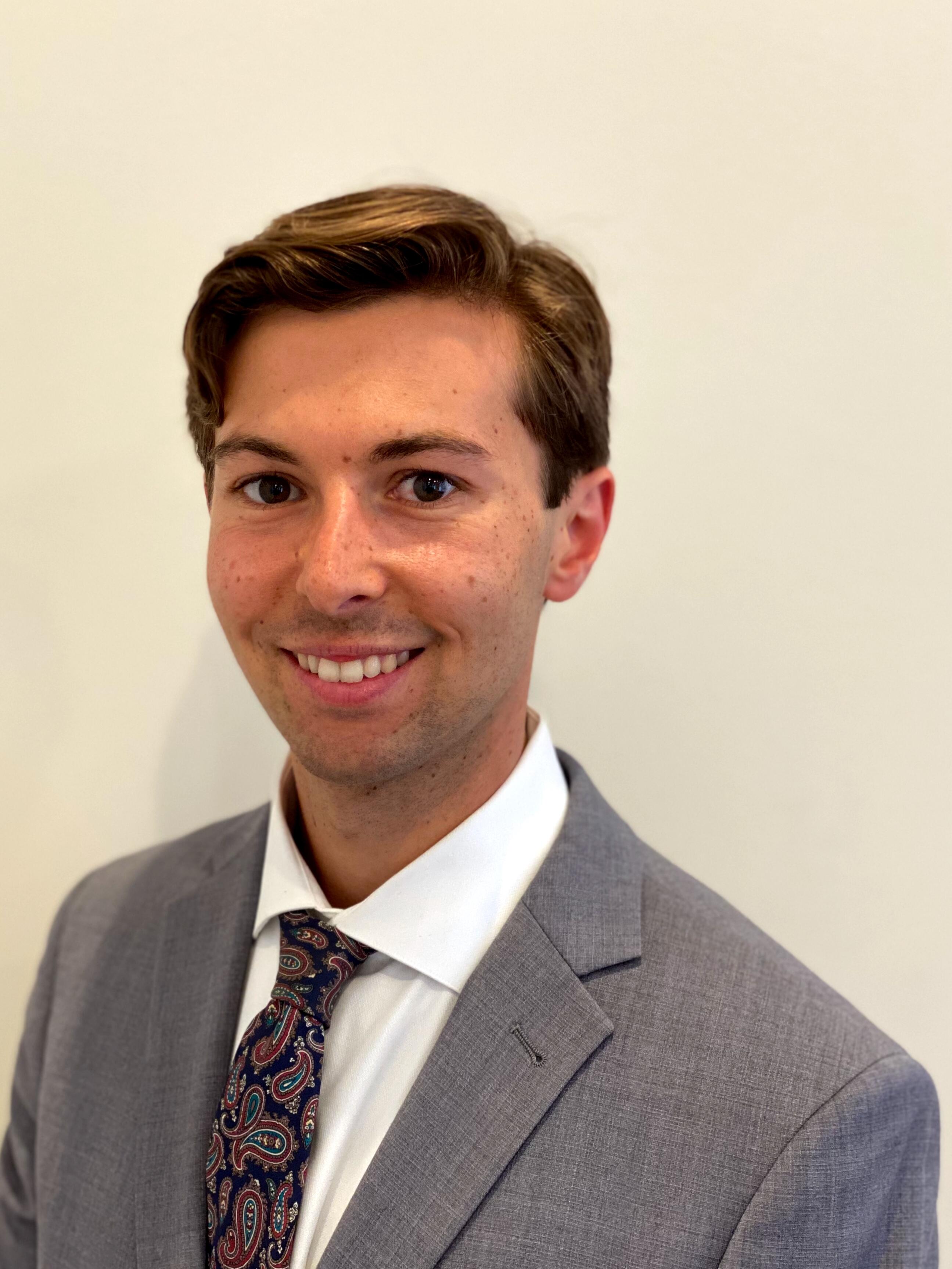 Jake Wiener is EPIC's Law Fellow in Domestic Surveillance. At EPIC, Jake's work focuses on fusion centers and protest surveillance. Jake is a graduate of the University of Virginia School of Law where he was the Editor-in-Chief of the Virginia Journal of Law and Technology. During law school Jake interned at EPIC and spent a year with the UVA Environmental and Regulatory Law Clinic where he worked on a diverse set of issues from federal environmental preemption to local environmental justice. He holds a B.S. in Chemistry from Duke University. Jake Wiener is a member of the Colorado Bar. 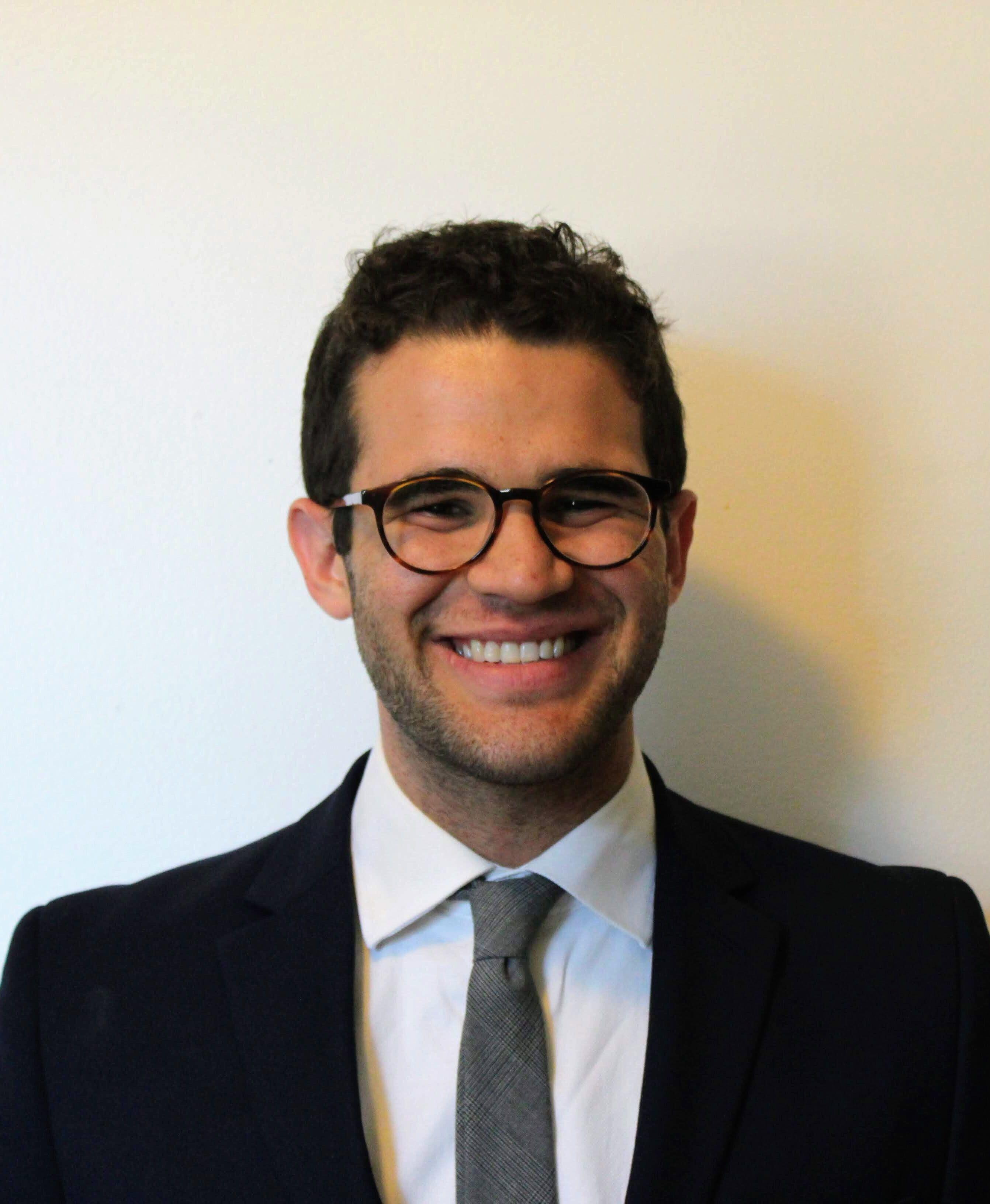 Ben Winters is EPIC Counsel and leads EPIC's AI and Human Rights Project. His work focuses on AI and automated decision-making applications that disproportionately affect marginalized communities, such as surrounding the criminal legal cycle. He is a graduate of Benjamin N. Cardozo School of Law, where he was Editor-In-Chief of the Cardozo Journal of Equal Rights and Social Justice and the President of the Data Law Society. While in Law School, he interned for the New York State Attorney General's Bureau of Internet and Technology as well as worked on telecommunications policy at Common Cause/NY, among others. He holds a B.S. in Communication Studies from SUNY Oneonta. He is a member of the bar of D.C. and New York State. 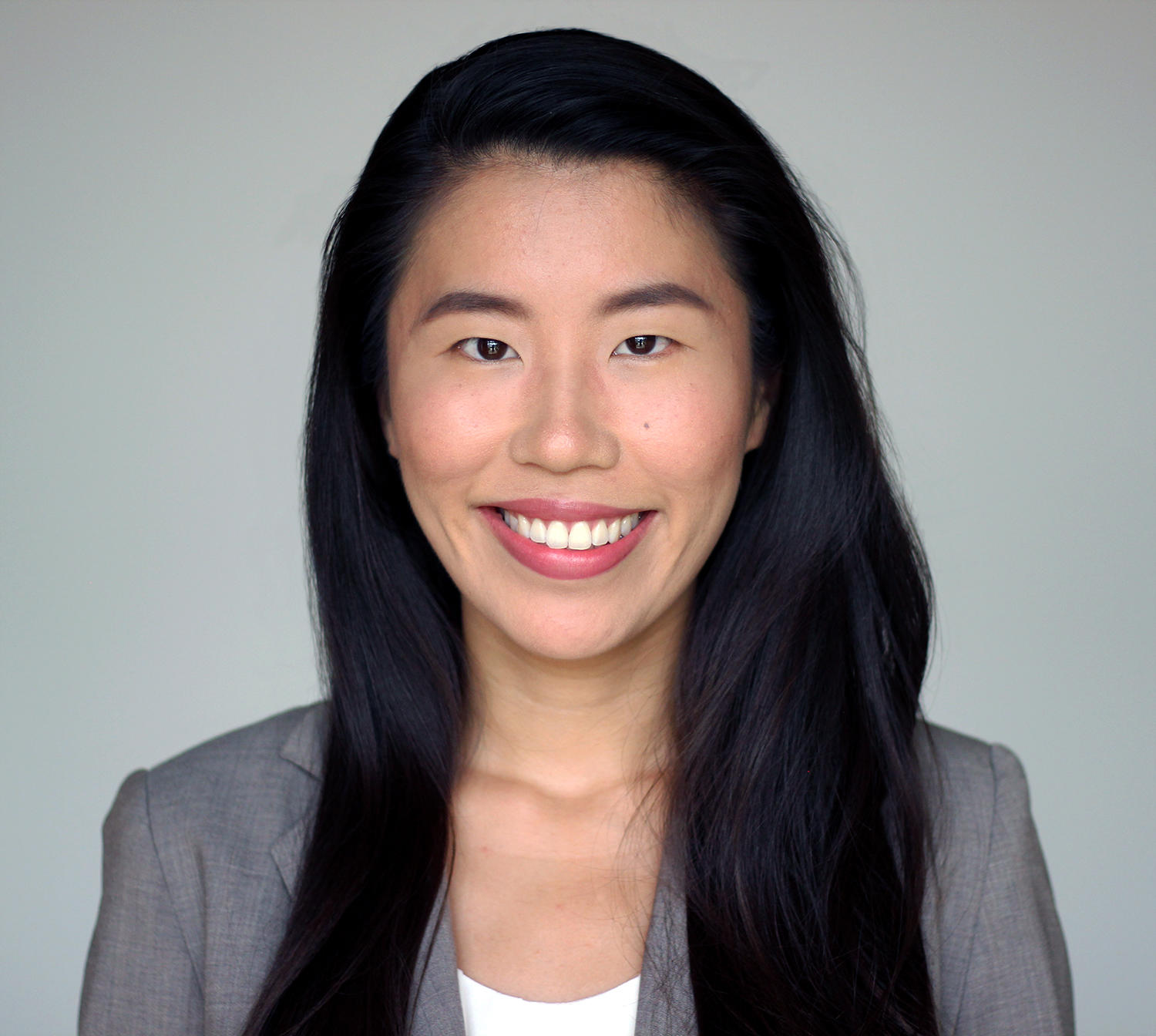 Enid Zhou is Counsel at EPIC and oversees EPIC's Open Government Project. Her work focuses on the Freedom of Information Act where she litigates open government cases in federal district court, coordinates open government policy, contributes to EPIC's amicus submissions on open government issues, and manages EPIC's robust Freedom of Information Act request docket. While in law school, she worked with the United Nations Special Rapporteur on the promotion and protection of the right to freedom of opinion and expression on digital rights, access to information in intergovernmental organizations, as well as freedom of expression in the information and communications technology sector. She is a graduate of UC Irvine School of Law, where she was a Production Editor for the UC Irvine Law Review. Enid is a member of the California bar.